The importance of English in daily life

English is arguably one of the most important subject in Malaysia because it is the medium of communication of education. Many students struggle in other topics, such as Math and Science due to their weak foundation in English language. Moreover, being well versed in the English language will not only help your child in academically, but will be beneficial for a lifetime since better communication with their peers will ultimately lead to better options and aspects of their work as well as social lives.

Especially for students more inclined towards Arts and Humanities, e.g. Economics, Literature, History, having a strong command of the English language will give them a huge advantage in scoring in these areas.

Looking forward, should your child make it to UK College, they will have to take lessons from a Native English teachers and all communications will be in English with peers and professors. It will be hard if the student doesn’t have sound skills of English language in all 4 areas of English language which is Speaking, Listening, Reading & Writing. Thus, if your child is not adept in English grammar or vocabulary, it is highly recommended to consider engaging an English tutor, especially when your child is still young, and mistakes are easier to correct as compared to later in life.

While the use of English in written communication is key, its use in oral communication is equally important, especially in universities where a bulk of your grade comes from presentation after presentation. It is undeniable that the use of technology has hindered oral communication in one way or another, especially in public speaking. Grasping the skill of public speaking is crucial as it comes with many benefits, such as boosting one’s self confidence and allowing one to distinguish him/herself from the rest of the crowd.

The International English Language Testing System (IELTS) is an English language proficiency test, aimed to assess the candidates’ ability to study or work in countries where English is used as a dominant language. There are four parts to IELTS – Reading, Listening, Speaking, and Writing. Each component is graded based on a nine-band scale, and an overall band score is generated based on the average. IELTS is recognised worldwide, and is ideal for students looking to enroll in top universities around the world.

As the name suggests, the Malaysian University English Test (MUET) is an English proficiency test intended for Malaysian students. Similar to the IELTS, MUET also has four components, namely Reading, Listening, Writing, and Speaking. While it used to be a requirement for students sitting for STPM and students attending local universities, most private universities are now accepting MUET as an entry requirement. Compared to IELTS, MUET is considerable more affordable, but IELTS is more widely accepted among universities. 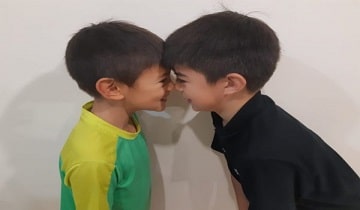 We are attending ACE Education Center for 6 months already and we are very satisfied with level of teachers and education. Great work ACE! See you in the class!

I have been studying Mathematics at ACE Education since then I have improved myself. I am really happy with my teacher.

I am learning Mandarin and English at ACE Education. I have improved my grades in the school. Amazing support

ACE education really helped me to improve my skills in Mathematics and to achieve good grades. Teacher was highly experienced and taught me from basic to advanced level. Thank you so much for all your guidance. 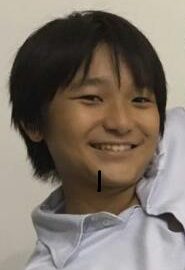 This class helped me to develop my essay writing skills that I previously was very unsure of. Sociology is a very broad topic, so it was difficult for me to be sure whether the knowledge I had and the way I wrote was even correct. I would like to recommend ACE education to all students who are struggling to get high grades in IGCSE based on my personal experience. All teachers and staff are so professional and kind.

My daughter scored A* in Maths, Chemistry and Physics and she is really happy and really thankful to the tutors from ACE education as they helped her a lot throughout her journey at ACE Education.

I was OK with all IGCSE subjects except Biology so I got Biology tutor from ACE Education. She worked hard with me to develop interest in Biology and just because of her kind support and guidance I scored B which is unbelievable as before her assistance I could hardly get D.

ACE Education has helped my daughter in preparing for the personal statement and UK college admission for Arts. Highly recommended their services.

Ms. Alina checked thoroughly if what I am doing is correct and was able to give me good feedback on my skills. The teaching style was very clear and her knowledge in sociology was very extensive. I am very thankful for the class and would like to thank the teacher and centre for their time in teaching. The lesson with Ms Sadi went very well and thank you for recommending her. Both Lauren and I are very happy with her knowledge, teaching style and level of enthusiasm!